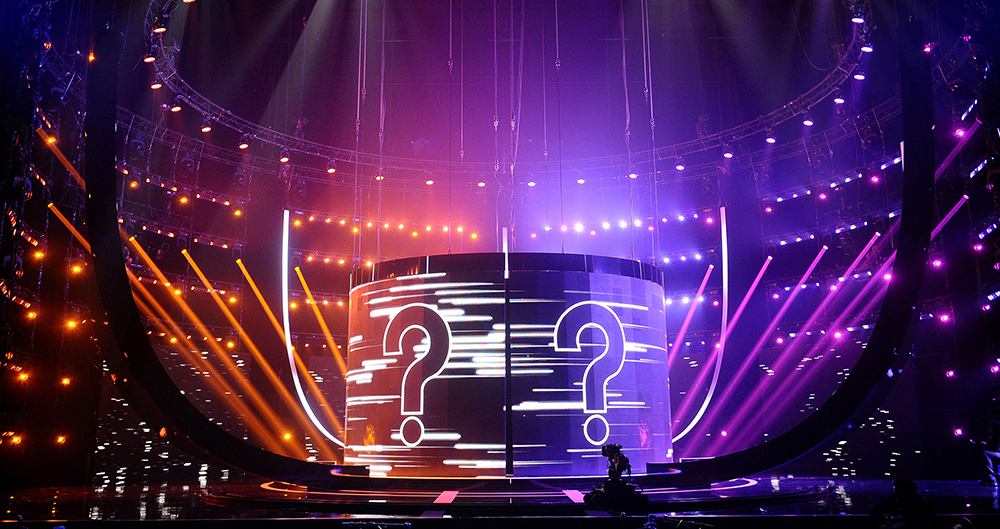 CAN’T STOP media is proud to announce that WeiT Media, a Banijay company, has been commissioned to produce Mystery Duets for Russia 1 TV Channel. The show will air in a weekly primetime slot on Russian Television and Radio (VGTRK).

This deal marks the first international version of the format created and produced by Banijay France’s DMLS TV, and follows the successful primetime launch on TF1 in France earlier this year. The shiny-floor entertainment show has 20 territory development deals with ITV Studios, Banijay, MTV3, Vincent TV and Blu Yazmine, spanning countries from Brazil, India, the UK, Germany and the US.

In Mystery Duets, the nation’s most famous singers and celebrities perform a duet without knowing with whom they will share the stage! They each repeat the song unaware of the other celebrity singing alongside them. It is only in the middle of the song that they discover each other’s identity as the screen between them rises. Viewers at home play along as one of the two performers’ identity is kept a secret.

Matthieu Porte, CAN’T STOP media’s cofounder, says: “We are so proud to be transforming Mystery Duets, DMLS TV’s creation, into a shiny floor global format, just as we did with The Secret Song, their other musical prime-time format, which is airing successfully in Europe already. Great work from Banijay’s WeiT Media for Russia. This is the first of many countries to be adapting through CAN’T STOP media’s distribution”.

Yulia Sumacheva, managing director of WeiT Media, says: “The Russian version of Mystery Duets is definitely one of the most promising shows in the new TV-season. This format is absolutely new for Russian audiences: it sees musicians and celebrities singing a duet without knowing who their partner is. Viewers can expect to feel a range of emotion and be surprised, as the line-up of The Duets includes Russia’s most famous singers and celebrities.”

Igor Shestakov, Russia TV channel’s chief producer: “Russia’s number one TV channel has been leading the market for six years. We owe our success to large-scale shows, in particular, which are broadcast on weekends and holidays. These are music, dance and comedy programmes. We constantly add new projects, having the potential to impress even the most sophisticated viewers, to our popular long-lasting formats. Our new show The Duets has every chance to become a hit of this season. It comprises all key elements of a successful programme, such as mystery, popular songs and the use of high-tech software which Russian television has never seen before. Hopefully, the new show will be unforgettable for our viewers”.